Homesteading without history or politics

What does it mean to homestead in public in the year of 2010? What are the politics of homesteading during the Great Recession, as fall shades into winter and elections?

In my limited experience so far, people see homesteading as too small, too weird for the usual America politics.

I was moved to opine on this by a passage in this review of a new book about poor whites in Appalachia (the book sounds great):

I get the same sense of loss, a grievous loss of Joe's cultural, let alone economic, inheritance just as Morris lamented the loss of rural life and all its many skills and traditions, wiped out by his hated Victorian capitalism.

That darkness is certainly part of our homesteading experience. Time and again we hear laments about lost practices, perished memories, techniques which must have been present but which nobody can grasp now. Setting foot on our land is sometimes an archaeological experience in all kinds of ways, including this one of recovering social memory.
This summer I spoke with a local senior about food and brine. We were both interested in the combination. He wasn't thinking of brining food for taste and style, though, but about canning practices in the 1930s. He remembers that practice from his childhood, and hearing about it from older family members. I'm not sure how much practical detail he recalls. 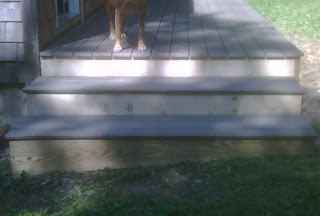 The brilliant local contractor who has done so much great work for us often tells me about how much we don't know about construction. Everything from planking to building sleds: how much do we not know, lost in the passage of only a few decades?

The review I quoted earlier ties this melancholy sense of loss to a politics. It springs from that William Morris reference:

Yet over the past two hundred-plus years of capitalism rampant, Joe's experience is the third such auto-destruction to take place in the so-called developed world, where entire cultures and communities have been erased from the face of the earth. All in the name of 'progress' of course as capital yet again must revolutionize the means of production or die. 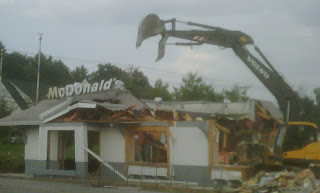 I wonder how many progressive/liberal homesteaders see their work along these political lines. I know there's a kind of semi-anti-capitalism in the pre-2009 voluntary simplicity movement - not to mention a sense of entitlement (it's voluntary, not involuntary simplicity, right?).
Yet when I'm in public and mention homesteading, I don't detect any political reactions. Neither political critique nor political support. Instead people see homesteading in micro-practical terms: how many chickens do you raise? Just how cold does it get without electrical heat? Community ties are similarly practical and nonideological in view: how do you find knowledgeable people? are there clubs or associations?
Perhaps rural life is too removed from most American political discourse to have an openly political charge, especially in my world of academia and technology. Or maybe people assume a red state politics to the country, and, finding no evidence of that in my professional persona, just leave politics off?
I wonder, too, if any progressives are thinking about reaching out to poor, rural whites along these lines. From the flip side, how many homesteaders are in the Tea Party. Perhaps none of this is happening, and homesteading is a quiet alternative to Democratic unhappiness with Obama and the economy.
For now, I really have to set up that third compost pile.
Posted by Bryan Alexander at 10:10 AM

It may seem like there is no history behind modern homesteading, but I wonder if it is only because it is not public. Homesteading knowledge has always been passed down as folk knowledge: between family members. I mean, you can google and find out "how" but it usually involves some element of capitalism (ads, products being peddled, etc.)

My grandfather inspired me to plant my first tomato. Every year the smell of a fresh picked tomato reminds me of growing up on his homestead. I call my mom often who gives me advice on how fix certain things:
"The tomatoes have brown spots, what do I do?"
"Sounds like calcium deficiency, your grandfather use to mix broken egg shells into the soil."

Maybe the reason we miss the connection between homesteading and history is because no body talks about it. It violates our capitalistic society, homesteading pulls money out of the economy instead of being able to be exploited (at least for long) for financial gain so it is easier to be left in a shroud of questions. The history of homesteading lays in personal history and community bonds.

As for the politics, there are always homestead vs. political issues in the news: like this man is growing too much food on his property and is violating zoning restrictions, some areas like Vero Beach don't allow chickens, some like it's neighbor town Sebastian only 2. Then there is the topic of commercial ownership of seeds.

Just thoughts from my personal experiences, but that is the thing about Homesteading: it's defined individually based on our own experiences, there are no black and white answers.

Is homesteading or whatever about

* Individualism and complete self sufficiency

* Community sufficiency and cooperation between homesteaders, and local community building and friendships/partnerships in activities


Or to what extent does each aspect appear in your life?

Shell, that's a brilliant thought. Homesteading isn't exactly secret, but neither is it public: a private history.

Every time I talk with people about our project, we hear stories like the one you mention about your grandfather. Personal tales, private relationships with the land.

Reed, that's a great question. For us, it's about both, really.

Self-sufficiency is a kind of asymptotic goal. It's something we shoot for, and will probably never fully realize. For example, we can't produce salt on our land, nor raise coffee beans. So we plan on being able to share or trade within our local community, and work accordingly.

I was reading someone else's blog about homesteading in north america. She says she grows coffee there. Anyone know where you can and cannot grow coffee and cocoa in NA?